Who Is The Smallest Government Spender Since Eisenhower? Would You Believe It's Barack Obama? - Forbes

Posted by tyler.mccauley from www.forbes.com 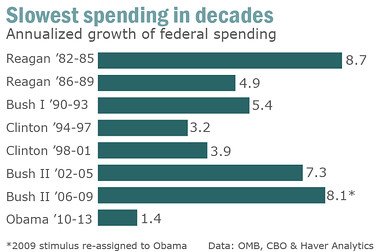 I'd have been interested to see how Romney's spending would have fallen on this chart, had he been elected. It is easy to see that maybe Republicans, despite their rhetoric, are not the "smaller government, fiscal conservatives" that they say they are.

By the way... I am NOT a Democrat. I hate on them just as equally!