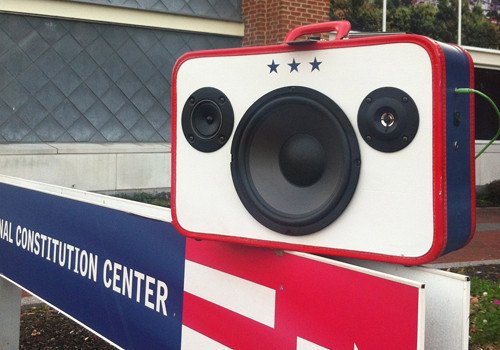 Few people in the world could say they were present when the founding fathers put their hand to parchment in Philadelphia on a rainy
day in 1776. That number has decreased greatly, but The IndependenceBoom lives on to tell the tale of when a young group of the
first Americans officially declared they would no longer be subject to the tyranny of the English, and declared their independence. Freedom rang true that day, all the way across the Atlantic, and freedom continues to ring, only now, with ground-shaking bass drops and the crisp
high hats of The IndependenceBoom.

That crack in The Liberty Bell?
I have a suspicion what caused it.