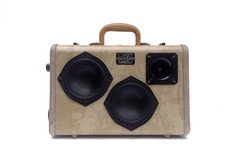 It rested for years, undisturbed, quietly sitting on the top shelf of an 18th century floor-to-ceiling armoire. There were no signs of wear, and for good reason, it had NEVER been used…for it was The GoodChina. Requests to use The GoodChina were met sternly with a smirk and a shake of the head by which ever ranking matriarch was present. It seemed silly to the younger generations to even own something that would seemingly never be used, until the rainy evening of the Kennedy Center awards. A majestic limousine caught a flat in front of the Georgetown row home, and out stepped Sir Paul McCartney. Dinner was almost ready, and mr McCartney was famished. The request was made again, however not met with resistance, for this was the validation, and the only time they would use…The GoodChina.

Your bread plate's on the left.