Comic Artist Burns Copies of Book He Got Kickstarter Funded Rather Than Mail Them, Because Capitalism is Bad - Hit & Run : Reason.com

Posted by kilroy182 from reason.com 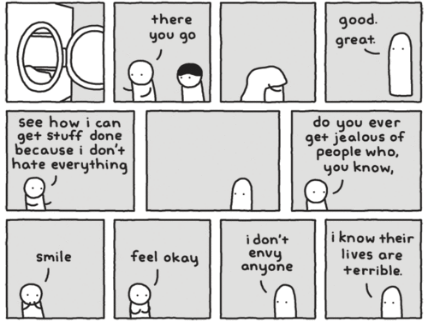 For those who think Ayn Rand was just crazily overwrought in the "unrealistic" characters she created to dramatize the anti-capitalist mentality, you might want to see this addendum to the Kickstarter page of comic artist John Campbell, who raised over $50,000 on Kickstarter to publish a book of his comics Sad Pictures for Children.

He got tired of having to mail the books he promised, apparently (believe me, I know that's a drag) and so decided to burn a copy for every person who asked about where the book they'd been promised was.