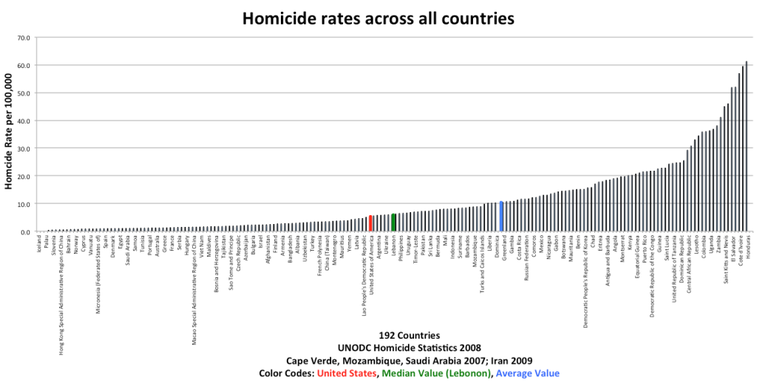 (A little ammunition for our side in the 'Gun Debate') Charles Blow in the New York Times last year made the very common argument: “America has the highest gun homicide rate, the highest number of guns per capita . . . .” In another story, the New York Times quotes researcher David Hemenway as claiming: “Generally, if you live in a civilized society, more guns mean more death.” CNN’s Piers Morgan believes: “America has the worst incidents of gun murders of any of what they call the civilized world.” Bloomberg’s Businessweek also made similar claims this spring. The one common feature for these claims is that they rely on the Small Arms Survey.

So how do homicide rates compare across countries?