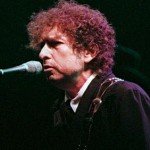 Selected later songs like this one by Bob Dylan are a slam dunk. Going to see him in concert is total a crap shoot…you never know what you’re gonna get, but if you go with low expectations, you should be fine. Albums by Dylan fall somewhere in between from the sublime like “Love And Theft,” “Blood On The Tracks,” “Street Legal,” “Blonde On Blonde,” “Highway 61 Revisited” and “Freewheelin’” to name a few…to the ridiculous like “Down In The Groove,” “Under The Red Sky” and “Knocked Out Loaded.” Some would put “Self Portrait” in the latter category; by I think it’s a masterpiece