Posted by jordan from www.buzzfeed.com 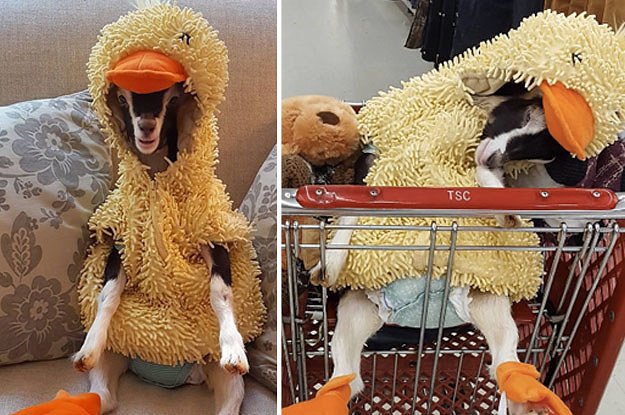 The true title of the article is "A Goat That Suffers From Anxiety Is Only Calm When She Is In Her Duck Costume." Has life reached the level of ennui where goats with anxiety are now news? What possessed someone to put a duck costume on a goat in the first place? Perhaps the goat has anxiety because it's shopping and not in a field eating weeds with its family. And above all, who let a goat in the store? Not cool.