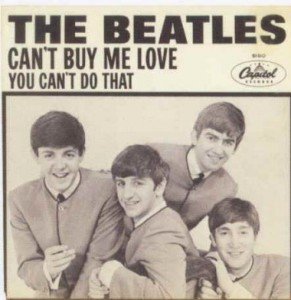 1964, The Beatles set a new record for advance sales in the U.S. with 2,100,000 copies of their latest single ‘Can’t Buy Me Love.’
1964, DJ Alan Freed is charged with tax evasion, the latest plague on the payola-plagued pioneer’s career
1965, The Rolling Stones were at No.1 on the singles chart with ‘The Last Time’, the bands third No.1 and first No.1 for songwriters Mick Jagger and Keith Richards.
1965, The Beatles continue filming in Austria for their second movie, Help! They completed the “ski lift” segment of the film.
1968, the posthumously released Otis Redding single ‘Sittin’ On The Dock Of The Bay’, started a five week run at No.1 on the singles chart, Otis was killed in a plane crash on 10th December 1967 three days after recording the song...get more history at http://internetFM.com