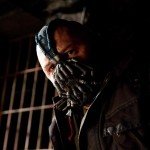 I cant tell if Rush is insane or just retarded, but he needs to go away. Yes, even conservatives dont like Rush.