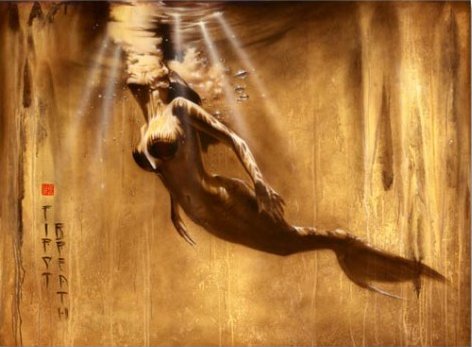 Nothing says Badass like Pirates, and nothing says Pirates like a hot sexy Mermaid! Every man has dreamt of, at one time or another, being seduced by a fishtailed goddess of the sea. This Orange county based artist, Noah, has managed to paint some of the most amazing depictions of these characters. Not to mention being astonishingly talented, he is also a regular artist for Disney of all things... which just ups his cool factor in my opinion. Nothing says manly like being a tatted up artist from the Oc and workin for Disney... that's just a badass gig!