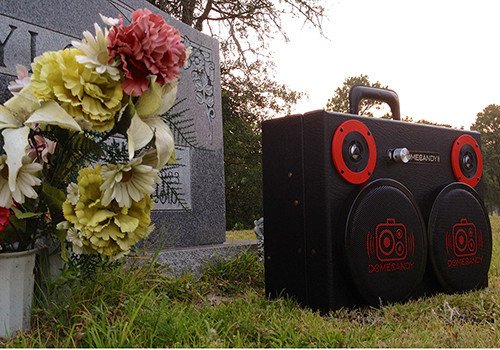 The neighbors secretly considered The DoomsDay a paranoid lunatic. They knew he had been toiling underground building a lair beneath
his home in fear of The End of Days. They scoffed at his efforts, until the skies went black on an ominous day in December. All seven planets aligned, & four horsemen charged from the heavens. Suddenly, revelation WAS reality. His loved ones were shuffled quickly
beneath the earth, but to the neighbors surprise, they were graciously invited to enter. One by one they descended the diamond-plated staircase to find others waiting in what The DoomsDay had constructed. He had been
diligently burrowing a small city underneath their very feet where the entire neighborhood would be safe.